Men and women are not equal…at least facing the health

Hello dears,
Let me tell it straight: I am not a feminist, have never been. Neither am I a submitted to “males dictature” woman. I just try to stay logical.
For me, all humans, either you are man, woman, white, black, yellow, with blue eyes, red hair, homosexual or fan of Beatles, have exactly the same rights and responsibilities.
But this article is not about the legal equality of rights. It is about biology.
Because unfortunately (or fortunately) men and women are not at all equal in terms of health condition. Which is quite logical as the nature created us differently (you can’t disagree with that). What is sad is that we are also not equal in terms of health treatment… and this must be defeated and solved. But let’s go step by step.

First the health condition. Quite reasonably men and women bodies have different functioning which involve actually some very curious consequences. For example:
1. Women are much more likely to feel cold than men. This, due to the difference in metabolism which tend to be higher for men (because of the bigger muscular mass) but also due to the fact that women’s core body temperature is higher than the men’s one. Which makes them feel the changes in temperature more noticeable. Women’s “always” cold hands and feet is also not a whim, but are easily explainable by the fact that in case of cold, the body heat tend to move to the centre of the body (belly), to protect the eventual baby (even if it is not there at all!).

2.Women need more sleep than men. Indeed, a recent study from the Sleep Research Centre at Loughborough University says that women tend to require more sleep than men because of their “complex” brains. “Women tend to multi-task — they do lots at once and are flexible — and so they use more of their actual brain than men do. Because of that, their sleep need is greater. The average is 20 minutes more, but some women may need slightly more or less than this.” confirms Prof Horn, one of the researches. The study also found that poor sleep among women was linked to a number of side effects, such as increased level of psychological distress and elevated risk of cardio-vascular diseases (which was not the case with men). You think I can use this excuse with my boss to come later to work? 🙂

3.Men tend to be more affected by the flu (and certain other illnesses) than women. Research shows that male and female bodies react to viruses differently. Indeed, men tend to have more fevers, more inflammation and longer recovery times. The study from Johns Hopkins Bloomberg School of Public Health suggests that the female sex hormone estrogen could help women combat the viruses by strengthening their immune system. Other studies have also shown that estrogen has antiviral properties against HIV, Ebola and hepatitis viruses! Moreover, a 2013 Stanford University study showed that high levels of testosterone can weaken man’s immune response to the flu. After all, men’s horrible suffering from every tiny bacteria might be true… 😛

Anthropologists suggest that this form of women protection might come from the need that prehistoric women had to be able to recover quicker in order to care for children… and you still say equality?
Let’s check now what’s happening in medical domain. Actually, the situation in terms of equality of treatment is quite bad and remains almost unknown to the large public. Indeed, since always women health was quite ignored by medical professionals… maybe because since always this domain was mostly dominated by men?
Let’s take a real-life example: Endometriosis. What do you know about this disease? Does it ring a bell to you? Nope? Even if you a woman? Strange, as this condition affects 1/10 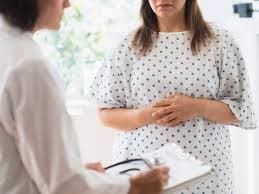 women in the world (!), causing excruciating pain during their period, decreasing dramatically the standard of living and leading very often to infertility (in 40%)! However, till recently, it was supposed to be “normal” for women to suffer during their period. Doctors started to give the correct diagnosis and prescribe an eventual treatment only in the recent years. I say “eventual” on purpose, as the proven treatment does not exist, since the scientific body never really got interested by the topic… 🙁
The same goes for many other conditions. Symptoms of a stroke, for example, are studied and known only for men…Oh, you didn’t know they were completely different for women? Too bad for you girl…
So yes, we should continue to fight against the inequalities (especially in the medical world), by starting to get interested by both parts of world’s population… because yes, women still represent 49,6 % of it and by the way…they are still the ones who give birth to children 😛  So take care of them!
On this caring note I wish you a happy sunny day my sweeties,
Take care 🙂
Your Vale